Drive -The Surprising Truth about what Motivates Us- Daniel H. Pink

Drive is an AMAZING book but this video is an even COOLER way of presenting it. Enjoy.
I LOVED this book. Malcolm Gladwell endorsed it for Pete’s sake.  What else do you need to know?
In a nutshell, here are the THREE MAIN THINGS that motivate us.

Autonomy – The need to create our own direction

Purpose– Contributing to something bigger than ourselves

Pink says first of all, people need to be paid a decent amount of money to make a living.  Once money is off the table, it’s very interesting to see what makes us jump out of bed and feel alive every morning.

A couple of very cool experiments.

In one experiment,  people were asked to solve a problem.  When people were offered cash to solve the problem faster, they screwed up. At the very least, they did worse than the group not being paid. Why? Because all the people in the group could think about was the money. The money and not the problem became the focus.
Once people’s basic needs are met, autonomy becomes more important than money. The need to create our own direction is the driving force.

There have numerous studies showing successful Fortune 500 groups are sometimes more successful when they let their employees choose what they want to work on.
For example,  Pink sites the case of a very successful software company that paid it’s staff to come up with a library of  the company information on disc- which was eventually going to be sold as a digital encyclopedia.
In contrast, another company formed an encyclopedia based on information that experts and  hobbyists donated in the name of creating something that everyone could access for free.
Wikipedia which contains more than 17 million donated articles eventually forced Microsoft to abandon it’s MSN Encarta disc and on-line encyclopedia. All in the name of educating the world for free.

LA based comic Maria Bamford rocked at the Comedy Bar.
She’s quirky, crazy, brilliant..very talented.
What I was especially impressed with was the audience. Young, hip, respectful. These people knew their comedy…not your usual, ‘ let’s go the comedy club and heckle..bwaahha..burp”
At times, Maria is extremely quiet on stage when she changes gears. The audience stayed with her the entire time. Why she hasn’t been or isn’t on SNL as a regular is beyond me.
Her characters are all very unique and more importantly, hilarious.

#PsychicFridayPodcast -Ursula Darby- How to improve your intuition!

It was wonderful sharing my keynotes and comedy and lowering overall stress levels for  many meaningful groups recently including:

The Ontario Association of Food Banks
(who, by the way, feed over 360,000 people per month!) 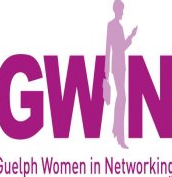 Congrats to my Second City Stand Up students who graduated this term. They put on a fantastic show! 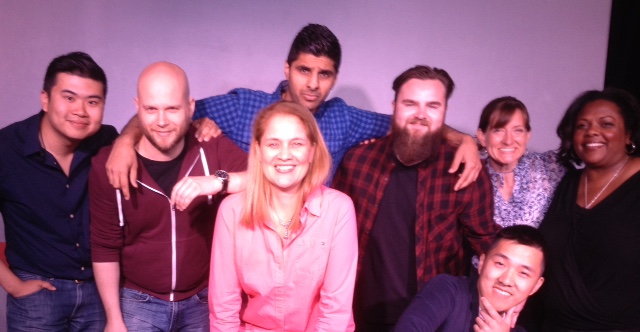 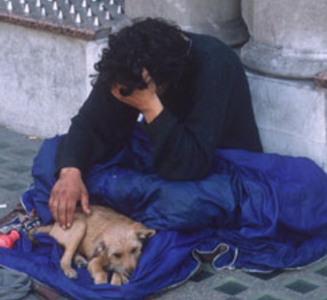 How you can help Toronto’s homeless every Monday night. Can you volunteer? Do you have clothes that can can be picked up? Would you like to make a donation. Contact Alex 416 -834-7736.
Please listen here how you can help the homeless in Toronto.

‘I believe the greatest privilege in this world is to use your freedom of speech for those who have no voice.’ – Ricky Gervais
There are two fantastic animal groups in Ontario who are always looking for drivers.
Check out

Check out the song on this video. It’s amazing what good kids who want to make a difference can do.

What would you ask Joan? 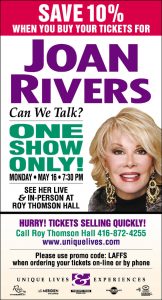 After Joan does her thang tonight, I get to sit with her at Roy Thomson Hall and moderate a half an hour Q and A with the audience. If you could ask Joan Rivers a question, what would it be? Hats off to Unique Lives for putting together such an cool format.

Why morning people are more creative in the afternoon

Why are scientists finding that typical ‘ morning people’ are actually more creative in the afternoon?
This article explains why your ‘aha’  peak time might actually be later on in the day. 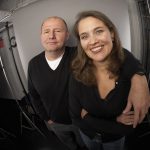 Check out a fun show Smashing Pictures has been kind and crazy enough to ask me to contribute to.