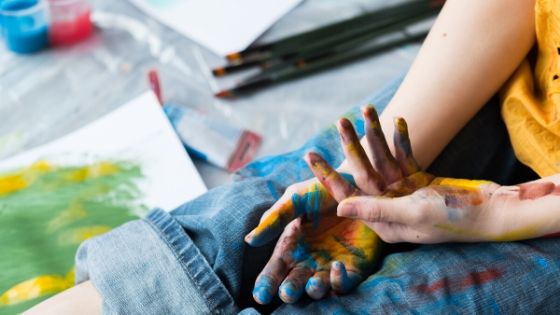 In January and February, I got a couple of good things done. Then Covid-19 struck and suddenly, like everyone else, I waited and wondered, ‘What was going to happen next?’

The world hit ‘pause’ and my yearly ‘things -to – do’ list turned into more of a personal survival guide.

After a few months though, something rather unexpected happened. Creativity kicked in. I probably should have panicked more but, instead, I took a deep breath and I started to write.

I started working again on jokes and writing projects that I had put off for years.

There must have been something in the air because so many people that I knew felt the same way. They were writing. They were creating. They wanted to collaborate.

Since the beginning of time, creativity and stress seem to have gone hand in hand.

When the cavemen heard an unknown noise outside of their cave, naturally their first reaction would have been fear.  However, when the dreaded monster turned out to be tiny creature instead, everybody probably laughed out of relief.

Research shows that when something is incongruous to our regular brain patterns, our reaction is sometimes laughter.

When a punchline zigs instead of zags, we laugh!

It’s like watching an episode of Ricky Gervais’ brilliant dramedy called After Life.

Half the time we don’t know if we are laughing or crying.

When we face the unknown, we sometimes laugh.

Covid-19 is unknown. We don’t have a cure.  Add that to global warming, pollution, protests, unemployment, Trump and never-ending Zoom calls and you’ve got a real comedy extravaganza (NOT). Over the past four months, I’ve had snickers, cry-laughs, belly laughs and laughs so maniacal that I’m surprised someone didn’t slap me across the face.

No, not everything is funny. In fact, right now, some things are pretty damn terrifying.

But if we want to keep moving forward for ourselves and others, if we want to help, if we want to contribute, then we have to stay engaged. The best way of ensuring THAT happens is by keeping our right, bright, creative, brain happy. Yes, 2020, we’re mad as hell and we’re going to type, write, sing, dance, joke, paint and perform about it!

I know I might not be the next Tina Fey, Carrie Fisher or Nora Ephron.

In fact, I’m probably a few lines away from ‘All work, no play makes Jude a dull girl’.

And that’s okay because I’ve always maintained that I would rather pee my pants laughing than pee my pants from fear.

As part of her keynote and workshop, ‘Relieving Work – Related Stress with Humour’, Judy talks about how you can exercise using laughter yoga!

I had the privilege of interviewing fellow comedian, Martha Chaves. Martha and I talk about the ‘creative process’ and what it takes to write the ‘funny’.
Martha Chaves is a veteran of multiple Montreal’s Just For Laughs Comedy Festival, and of all the other major comedy festivals in Canada, like the Winnipeg, Halifax, Edmonton, and Vancouver Comedy Festivals. She has also performed in Boston and New York Comedy Festivals, and in Colombia’s Festival Del Humour.
Martha’s infectious, candid style, and her natural ability to relate to any audience has made her a very popular headliner comedian at clubs, colleges, festivals, fundraisers, and corporate functions. Martha holds her audiences in a hypnotic spell of familiarity and they think they are her good friends, willing and happy coconspirators of all her adventures.
Her versatility has granted her to do shows all over the world and to entertain a wide range of audiences. For example, she performed for the Canadian troops in Alert, Egypt, Israel, and Afghanistan and also for a delegation of women led by Nobel Peace Prize recipients in Mexico and Central America. In 2015, she performed at the pre-opening ceremonies of the Toronto Pan Am Games, at the Rogers Centre in front of 45.000 people.
Her Stand-Up TV credits include her two national comedy specials: COMICS! On the CBC, and There’s Something about Martha on CTV and The COMEDY NETWORK; plus her multiple TV appearances in Montreal’s Just For Laughs Festival and many others. You often hear Martha on Laugh Out Loud on CBC Radio and The Debaters, also on CBC radio.
In her film and TV career she has worked with Whoopi Goldberg (Strong Medicine), Chris Rock, (Down To Earth) and even had scenes with Denzel Washington in “John Q”.
Her One-Woman show, “In Times of Trouble”, was the opening show of Aluna Theatre’s CAMINOS Festival in November 2015.
Martha performs mostly in English, but also in Spanish, French, and Italian.
Martha can be reached at www.MarthaChaves.com

Create – Comedy with Deborah Kimmett.
I chat with fellow speaker,writer, coach and comedian Deborah Kimmett about the creative process.
Deborah Kimmett has been in the humour business for 30 years.
This Second City alumnae has a busy speaking career and travels across North America speaking to organizations on the creativity in change. She appears regularly on CBC Radio’s Debaters, DNTO, and LOL as well as the Winnipeg Comedy Festival. She is the author of 3 books, and 5 plays: one nominated for the governor general award. Her film Guarded, (about a female prison guard) is in development with CFC (the Canadian Film Centre) She is the architect of the Seven Minute Writer e-toolkit and hold regular online classes coaching writers to stop procrastinating and sit their ass down and write. As well, she has a special interest in health care and hospice and has produced a compassionate video for caregivers called, Walk a Mile in My Backless Gown. (on Youtube)