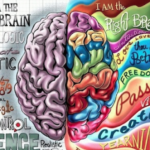 The 8 Stages of Yoga (Stages 1 and 2 in this Podcast)
1. Control of the Senses
2. Contentment & Regulation
3. Physical Postures
4. Breathing
5. Withdrawal of the Senses from Objects
6. Focus on a Chosen Object
7. Meditation ( Transcendental Quality of Life)
8. Union ( Soul and Supreme Soul)
Who is Anantta?
THE MEETING OF TWO RIVERS.
Anantta reincarnated in 1958, from a child hood he had an intense desire for both theatrical expression and spiritual understanding .. at 14 he ran away with a Circus and toured across Canada. Since then he has toured extensively with Around the world with his many original one man variety and theatrical shows. In his early 20s he got initiated into Kriya Yoga Of Self Realization fellowship. And Later became a Certified Yoga instructor… at this time he through inner and outer. Encouragement he started seeking ways of blending philosophy and performance art . Over many years of experimentation with different forms and styles of presentations, humor, theatre, music and more. He succeeded in blending the two into a balance that took him into the next wave of his career, that now touring again in theaters, festivals and events in Canada, the USA and soon Europe. Creating a wonder-filled Edutainment filled with music Comedy, Magic and Mysticism.
Ananta website is currently under construction (www.Anantta.com) but Anantta can be reached at anantta@bell.net

How you can help Toronto's homeless every Monday night