Playing to the Back of the Room

As comedians, we sometimes play to the ‘back of the room’. You’re on the road with two other comedians and you’ve heard each other’s sets three or four times already, so you start yelling out ‘requests’ from the back of the room during a late Saturday night show. Obviously, nothing to throw your friend off, but maybe a request or tag (additional joke) to an already established bit.  Even though comedians usually know their material inside out, it’s kind of fun to hear a fellow comedian laugh or say something out loud about one of your punchlines. It’s considered a compliment coming from one of your colleagues whose writing you respect.

Comedians feed off of good spontaneity vs. bad spontaneity (i.e. a heckler who needs to be thrown out).  A little spontaneity every now and then is good for the soul. That’s why I became intrigued when I heard this story about Martin Luther King Jr.

Apparently, Dr. King had a favorite opening act on his speaking tours- the renowned gospel singer, Mahalia Jackson. Mahalia could inspire a crowd like no one else before she brought Dr. King on stage. While she performed, Dr. King would sometimes shout out a request for a song that he knew Mahalia would sing. Likewise, Mahalia felt equally as comfortable calling out a word or phrase that would inspire Dr. King to talk about a particular topic. Even though they both knew their material, there was that extra boost of inspiration to play to ‘the back of the room’.

One such moment happened on August 28, 1963 at the historic march on Washington.

Dr. King was supposed to give a speech about freedom, in front of an audience of 250,000 people on the steps of the Lincoln Memorial. He had worked on it all night.

He had his notes on the podium. However, during one of his pauses, his ‘opening act’ felt comfortable enough to prompt her friend to talk about a theme (or, as comics say, a bit) she knew that she had heard him talk about before. Mahalia whispered, “Tell them about the dream, Martin.”

As old film footage shows, Dr. King put his prepared notes aside and then delivered one of the most iconic speeches of all time. Of course, Dr. King was prepared, but perhaps a little message from a respected colleague gave him the challenge and inspiration to be spontaneous and to play to the back of the room. As a result, Dr. King delivered his famous words that ultimately helped bring to action the Civil Rights Movement.

“I have a dream that my four little children will one day live in a nation where they will not be judged by the color of their skin but by the content of their character.”

“I have a dream that one day this nation will rise up and live out the true meaning of its creed — we hold these truths to be self-evident: that all men are created equal.”

Quotes taken from Dr. King’s I Have A Dream speech.

Until next time folks, take care of each other, love, 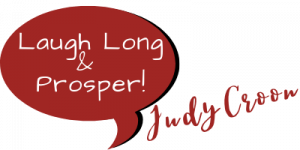