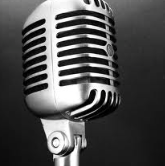 This past month was sad for the Canadian comedy community. We lost three wonderful people; Paul Smith (Toronto), Mike Gotli (Winnipeg) and Stu Scott (Vancouver).
Recently, one of my students (Ray) from my Second City stand-up class revealed that he was diagnosed with a rare form of cancer in his spine. He signed up for the course anyway.
As it turned out, the course changed Ray’s perspective on life immensely.
He said he was so overwhelmed with gratitude for his life. Comedy helped Ray stay positive. It helped him keep moving forward. Also, he said, he doesn’t take people or time for granted anymore.
Ray said, “We always think we have enough time to compliment someone, saying, ‘Oh, I’ll do it the next time.’ ”
He says now he’s conscious of the fact that there may not be a ‘next’ time.
Ray is currently being treated at Princess Margaret Hospital in Toronto. Good luck Ray! xo
MORE NEW FOREVER HOMES FOR #DOGSTAR!
As I mention in my keynote, ‘Relieving Stress with Humour’, pets are great ways to beat stress.
Studies have shown that dogs, in particular, can lower our risk of depression, lower our blood pressure and increase our rate of recovery and longevity after a heart attack.
#DOGSTAR is a pet project (no pun intended). I like to visit local shelters and use my contacts (and sexual favours) to reach out to the committee and help get the word out about these wonderful creatures. 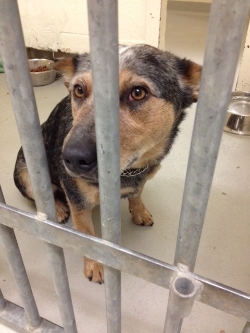 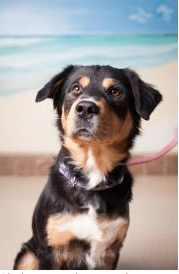 Argo & Pete
During my visit to the Toronto Humane Society this weekend, I spotted Argo ( a three year old Aussie Cattle dog) and Pete ( a 1 year old Gordon setter/ Sheppard cross). They came in separately but they went home together! A really nice family adopted both dogs.

Also, a major shout out to the fantastic person who adopted Shadow. Shadow was abandoned by his family in October and waited and waited for a new home.
This is the case that haunted me every night. He was such a beautiful dog that just needed a second chance. That chance came this past month when and experienced owner adopted Shadow. Yay!
HUMBLE AND FRED HELP #DOGSTAR

Thanks to Humble and Fred and producer Eileen Ross for letting me visit and spread the word. Stay tuned. I’ll be on the show again next month with some new #DOGSTAR candidates.
WHAT DO COL. CHRIS HADFIELD AND I HAVE IN COMMON?

We both recently spoke at HRPA 2014! Chris (because we ARE on a first name basis) said he could barely follow my vapor trails – just kidding. It was a great time. Thanks to all the staff and volunteers who made it happen. Chris wants to know if his restraining order on me applies to Space, as well? Hey, Chris- remember, in Space, no one can hear you scream.
%%$# THE POLAR VORTEX -ANYBODY ELSE TIRED OF DRESSING LIKE THEY’RE WORKING AT AN ANTARTICA RESEARCH STATION?
Just in case you ever lose power again (or electrical bills really soar to pay for downed lines) hold onto this video. It might come in handy!
THE BOOK- SHAMELESS PLUG
‘From the Stage to the Page – Life Lessons From Four Funny Ladies’  is an excellent source for fun and practical stress busting tips for work and at home.
Don’t just take my word for it. Look what the following people have to say.

“We all need to love, laugh, and be happy…this book shows you how to make a life filled with glee.” Mark Victor Hansen Co-creator, Chicken Soup for the Soul series and The One Minute Millionaire: The Enlightened Way to Wealth
“Just what the doctor ordered, a chance to laugh, and learn how to handle stress. An enjoyable read that will delight and entertain you.” Robert G. Allan, Author of 5 NY Times Bestsellers, including The One Minute Millionaire: The Enlightened Way to Wealth
“Sure comedy can be dark, angry and bitter. But it can also be positive, insightful and uplifting. These ladies prove that, over and over and over again. “ Brent Butt (Comedian/Creator/ Executive Producer, Corner Gas, Hiccups)
*5 dollars from every 20 dollar book  goes towards the Canadian Breast Cancer Foundation.
Click here to order your copy.