She has worked with many celebrities including; John Cleese, Jon Stewart and Joan Rivers.   Her specials have appeared on NBC, CBS, CTV and The Comedy Network.   Judy has co-hosted morning radio shows on Toronto’s Mix 99.9, LA’s KFRG and XM Radio with Mike Bullard. She is a co-author of ‘From the Stage to the Page: Life Lessons from Four Funny Ladies!”    Judy draws from her stand up and coaching experience to entertain, inform and inspire in her dynamic keynote entitled, ‘Relieving Work Related Stress with Humour’.   She is a regular volunteer with City Street Outreach – a program that feeds Toronto’s homeless and needy.   Judy is the creator and host of  “Laughlines” and “Stand Up for The Girls” which have raised over $650,000 for breast cancer research.

Judy is a registered member of the ACTRA. 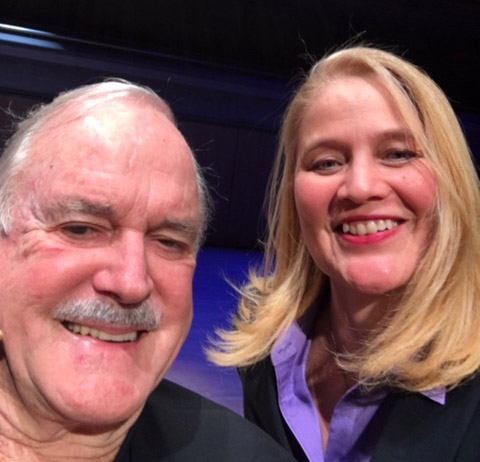 What People Are Saying About Judy

Judy ended our HRPA year with a very entertaining and insightful evening. We have so many blessings in our lives and with the business we all have every day we sometimes forget to recognize them. Judy helped us to stop, laugh, reflect, be thankful and laugh a whole lot more. It was fabulous! If you want great entertainment, book her now!

Judy, you were absolutely fantastic last night. You had the whole audience in stitches. You don’t usually hear accountants laugh that much and also, a very good topic on why humor is so important to our mental and physical well being, you delivered the message superbly.

Judy,  your seven ingredients were humorous, inexpensive and practical!  I laughed and left less stressed than when I came in. Thank you.

With a theme of wellness, there was no better way to end our day than with a solid hour of laughter. Thank you for contributing to the wellness of our employees.

Judy,  on behalf of the R3 Leaders Summit  Planning Team, I want to thank you for speaking at our conference last week. Your presentation and your style are truly entertaining, while your content is rich and full of gems.  Attitude and Humour were 2 of the ingredients that resonated with me immediately. Hopefully, we will see you again on our stage or the stages of other PMI events.