So the much awaited X Factor premiered last night. On a scale of 1-10, I would probably give it a 6.
It’s was a lot of Mission Impossible/ Bourne Identity editing with a fluffy Pet- Detective– like script.
END_OF_DOCUMENT_TOKEN_TO_BE_REPLACED

Okay, how boring is the Bachelor this season? Either Brad is a psychotic killer or he has been botoxed to death and lacks any expression in his face. Either way, the girls should run to the hills. Michelle ( I’m too beautiful to be spoken to) is a high maintenance freak. If only she had used her looks for good. Chantel said it right..if Brad is attracted to someone like Michelle, he’s the wrong guy for her.

The producers of The Bach are stooping to new low levels, as well. Is there anyone on the show who isn’t suffering from ‘daddy didn’t love me enough’ syndrome? Ackk.

And that useless slithery psycho-babble tell me how you’re really feeling but I’m not really qualified to do anything that mirror back exactly what you’re saying to kill show time. Paaaaainful. Okay, next week, they’re at a racetrack. Wasn’t Emily’s dead boyfriend a racecar driver? Nice. Really nice.
Yes, I’m still watching the show but does it have to be so bad??

Well there’s a shocker. Charlie Sheen’s concert last night was a BOMB. What was suppose to be the first of a twenty city ‘Torpedo Of Truth’ tour now seems to be in jeopardy.
The reviews were not kind.
Apparently, quite early into the show, people started booing and screaming ‘Refund!!’. Ouch.
END_OF_DOCUMENT_TOKEN_TO_BE_REPLACED

The Voice- Is it as good as American Idol?

So last night I watched The Voice. This is NBC’s answer to American Idol.
Just when you thought America might come with an original concept for once, The Voice is actually based
END_OF_DOCUMENT_TOKEN_TO_BE_REPLACED

The B's of the Bachelor

Ben -NICE but a bit Boooring

Kacie-  Drew Barrymore as a Brunette


DON’T FORGET TO JOIN ME ON FB next week for our live Bachelor Blogorama! 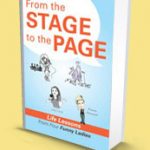 Yes, I'm a suck Top moments from the Royal Wedding

The Royal Wedding….was spectacular. I had all intentions of getting up at 3 am which never happened but I did get up at 6- just in time for the Royal Wedding! Yippee. Come on. How often do these things happy? And yes, you can watch all the video replays that you want but nothing like seeing it live, I say.
So here were some of my favorite Royal Wedding moments:
END_OF_DOCUMENT_TOKEN_TO_BE_REPLACED

Ever wondered about that old boyfriend or girlfriend from high school or college?You broke up, but you never stopped thinking of them. You’re not alone. In a recent study, published in the journal, Social Psychological & Personality Science, romantic relationships are the number one regret amongst American adults (followed by family regrets, career, education, finances and parenting). I find it interesting that more people have regrets over their pocketbooks than their kids. Nice. But I digress.
END_OF_DOCUMENT_TOKEN_TO_BE_REPLACED

Bachelor Brad  is sooo insincere ( or extreme botox injections are preventing him from registering any true emotions) . He says ‘so’ before everything!
Really , it should be a drinking game at this point.  Every time Brad says,“I’m so excited “or “I’m so happy”,
By the way, Pyscho Michelle’s drinking line should be “ I’m so jealous.”
Having said that,  if it wasn’t for the hair dresser psycho who is in love with herself and moving in for the kill- the show would be a total dud.
Tacky ( even by Bachelor standards) that there was a group date at the race track where Emily’s boyfriend got in a car accident. How old are the creators of the show- twelve?
How mean was it when they played Elvis’ Are You Lonesome tonight “ during Ashley’s departure in the limo?
Yes, I’m still watching so what am I complaining about?
My prediction for the final two- The Mortician with a Heart of Gold and Dead Boyfriend Emily.

Fiji is for fakers

Really, Constantine? You’re only figuring it out now that you don’t really have deeper feelings for The Bachelorette and you are doing the noble thing and leaving before you get too involved??? Do you think you could have reached this conclusion before Fiji? Before Thailand? Before Hong Kong? But I don’t blame you, my friend. Ashley has the worst choice in men ( ie Bentley). You found her mildly attractive so of course, in Ashley world, that means mariage material!!