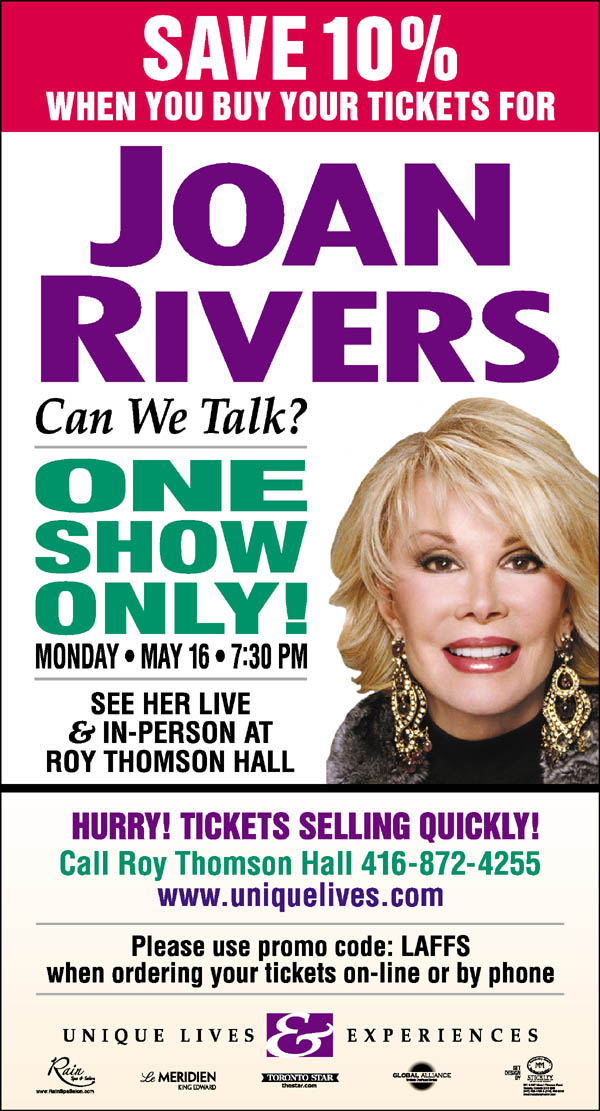 
I had a fabulous, eye-0pening evening this past Monday, May 13, 2013 as I interviewed Sissy Spacek. Anyone who knows me, knows I am a list-writer by nature and that I love passing on life lessons to others. Well, Sissy Spacek proved that I, too, am teachable. Imagine that! Please allow me to woo you with my newfound water-cooler-worthy spiel.
Life Lesson #1:
It doesn’t take very long to make someone feel special and important.
My bio says, “Judy Croon: comedian, motivational speaker, author and proud to have never been in jail.” As soon as I met Sissy Spacek, she said to me, “I have never been to jail either…at least, not in real life. I read your bio; I thought that was really funny.”
How sweet is that?
When Spacek shook my hand, she shook it with both of her hands and looked me straight in the eyes. “It’s really nice to meet you,” she said.
How cool is that?
Life Lesson #2:
No one in this world is scar-free.
Following in the footsteps of their older cousin and his wife—actors Rip Torn and Geraldine Page—Sissy and her older brother, Robbie, had planned to go to New York together to pursue their dreams.
The dream was deferred as Robbie died of Leukemia. Spacek was a mere teenager at the time.
Life Lesson #3:
Life is too short. Do what makes you happy.
Instead of Spacek’s parents sheltering her, they recognized her passion for acting and let her drop out of college to go to New York as she had originally desired, to pursue her dream.
Thanks, Ms. Spacek, for the opportunity, the moment and the insights!
Okay, now for five fun facts:
– that was really Sissy’s hand that came out of the grave at the end of Carrie. She insisted upon it.
-Sissy broke into her Loretta Lynn impression while she reading excerpts from her book, ‘ My Extraordinary Ordinary Life‘.  (I was back stage. It was eerie because if you shut your eyes, you could swear you were at the Grand Ole Opry listening to Loretta.)
-Upon an audience member’s request, Sissy sang a few lines from ‘Coal Miner’s Daughter’ as the normally conservative Toronto audience
happily clapped along.
-Sissy took Loretta Lynn with her to the Oscars. After she won best actress for Coal Miner’s Daughter, Spacek was approached by Dolly Parton. Parton joked with Spacek and told her to get implants so she could play the role of Dolly next.
-Yes, for those of you wondering, Spacek is now a Leafs fan. haha
What a class act all the way!

April Newsletter: Sissy Spacek, "Stand Up For The Girls" and more!

Hi folks,
Big news: I will be interviewing Sissy Spacek at Roy Thomson Hall May 13th. Looking forward to it. “Stand-up for the Girls”

By the way, International Women’s Day in Ottawa was a blast.
I enjoyed three sold out shows with Laurie Elliot and Kristeen Von Hagen.
Who says the nation’s capital can’t rock it out? By the way, one of the ingredients from my keynote, ” Relieving Stress with Humour” is exercise.
YES, I’m still on my 3 minutes of exercise / week regime.
No, I’m not kidding.
People think my video is a parody because I’m a comedian. Don’t believe me? Check out the BBC special The Truth About Exercise.


Taming Hecklers : School yard Bullies : Why aren’t we using this method?
In my keynote, ” Taming Hecklers: Dealing with Difficult Personalities”, I talk about bullies. When school yard bullies aren’t dealt with, they turn into office bullies.
This is not meant to be a funny video but hopefully, it will get some conversations started.


–Have a fabulous April everyone! xo

Seth MacFarlane should take a page from Martin Short on how to REALLY host an awards show.


Relieving Stress with Humour -Exercise only 3 minutes a week!